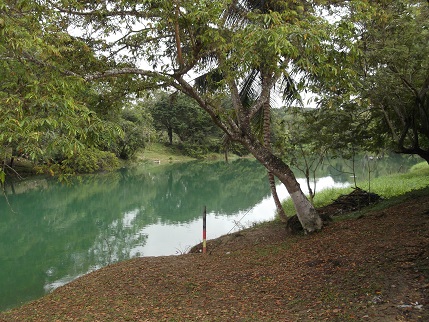 During her recent learning visit to the Caribbean, IDS Editorial Coordinator Amy Hall explored the challenges of addressing climate change. She shares her experience:

For people tasked with responding to and preventing climate change data is often essential. It can help track climate patterns over time and make predictions which in turn have a vital impact on people’s lives.

Getting hold of the right data is one of the challenges faced by many of the people working at the Caribbean Community Climate Change Centre (CCCCC) in Belmopan, Belize. In January I spent two weeks at the Centre as part of a learning exchange through the Global Open Knowledge Hub (GOKH) project. CCCCC, or the ‘five Cs’ as it is also known, are one of GOKH’s international partners and Document Management Officer, Michele Lopez, spent two weeks at the Institute of Development Studies (IDS) in February/March 2015 as the other half of the exchange.

I met with various staff from across the Centre, and the Belize National Library service to learn about their approach to information finding, knowledge mobilisation and the response to climate change in the Caribbean.

Data came up again and again. To start with, a lot of data and other information that the staff are looking for, such as government policies, are not always freely accessible online. While they all have contacts across the Caribbean region, as well as the possibility of generating primary data, a lack of freely available, online information can be an obstacle, particularly at the beginning of projects.

‘I don’t think that information in the Caribbean is easily accessible at all,’ said Sharon Lindo, CCCCC policy advisor. ‘There are things online but some of the information you need for decision making is not there; it’s typically a hard report in somebody’s office somewhere you need to get hold of.’

Her vision is to have all Caribbean government policies relating to climate change in one easily accessible place online.

‘The lack of access, or the lack of open access to data I see really undermining a lot of things related to how we design and implement projects and programmes within the region,’ said Kenneth Reid, CCCCC project leader.

There are now more conversations around ‘open knowledge’ and ‘open data’ in the region, but the CCCCC staff I talked to told me that some sticking points remain.

Reid thinks more work needs to be done to promote open approaches as not just giving away hard work for free but contributing to a wider pool of knowledge which everyone has access to and can therefore benefit from. ‘We have to start building out some business cases,’ he explained. ‘We have to really get to the core of the issue and illustrate clearly to the owner or this primary generators of these key pieces of data that there is a solid business case for them to make this available. It must be seen that there is mutual benefit to them, in terms of the extent to which their participation will assist with the advancement their own sectoral and national objectives’

Keith Nichols, CCCCC project development specialist said that some people can be protective of the data they have collected, ‘not realising that this is for the national or regional good.’

‘Decision making should be based on the data we have available to us. There is still not a full recognition of the role of data in decision making.’

Nichols warned that investment is needed for open approaches to really take off. ‘It’s one thing to provide token resources for addressing data sharing and data management, but unless it goes all the way it is not going to create a sustained impact. That’s a problem with a lot of the assistance that we get in the region… We will have a brief surge in funding and commitment but once the funding disappears then that’s it.’

Alongside this work Reid believes that more projects are needed which have data collection and use as the primary focus: ‘Too often it is a secondary and tertiary level focus. You may start a project and then during implementation it is being acknowledged that all the necessary data is not available and unfortunately not sufficient budget (if at all) is in place to acquire the needed data ’

Nichols also pointed out something which had not occurred to me before my trip: While I knew about the country’s history of colonisation, I had not thought about the impact this had on the information available. Belize gained independence from Britain in 1981 but still many records about Belize are not in Belize, but in the UK or other places, and often in print. 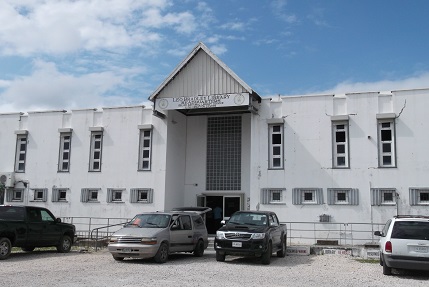 When I visited the Belize National Library in Belize City I was told that this was sometimes an issue even for material published after 1981. The library service has started a ‘repatriation’ project with the British Library – starting with newspapers and some government reports.

My time at CCCCC showed me just how important accessibility to the right information is. The region is already feeling the impacts of climate change and extreme weather, which in turn effects livelihoods, health and many other aspects of people’s lives. Joined up thinking and accessibility here are matters of life and death. 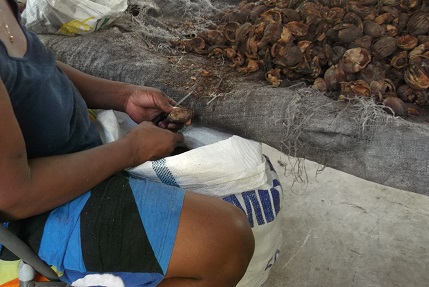 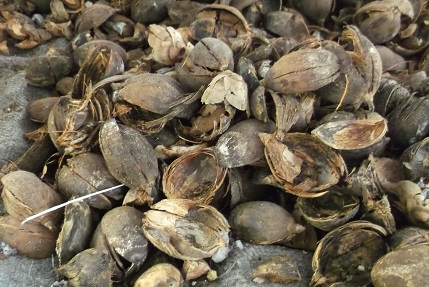 [All photographs taken by Amy Hall.]